As soon as we landed in Rajiv Gandhi international airport, Hyderabad amazed us, leaving us wanting more of this vibrant city! With state of the art facilities and security, this airport in every way deserves to be labelled as one of the best in the world! Though the airport is situated nearly 25 kms away from the main city, a massive flyover that surpasses international quality, which aims to bridge this gap seemed to transport us in blazing speed.

Hyderabad represents a culmination of different traditions. With Indian roots and Iranian influences, this diverse city has plenty to offer to tourists & travelers. Winters in Hyderabad are rather pleasant, so early December to mid January makes an ideal time to visit thereby to staying away from the scorching hot & dry weather that the city faces during the summers.

Catering to a wide spectrum of tourists, there are several famous & popular places that each person visits and must have heard of, yet it wouldnÃ¢â‚¬â„¢t be fair to not make a mention of them. Husain Sagar lake, Salarjung museum, lumbini park, NTR gardens, ramoji film city, Golconda fort and birla mandir rank in the most sought after spots.

Hussain sagar lakeÃ¢â‚¬â„¢s tranquility elevates you to state of sudden peace amidst all the hustle-bustle around. The magnificent Buddha statue in the centre of the lake, only further magnifies this calming effect which kindles a spark in you. Boat rides are available during most of the evening to visit the statue from the bank near lumbini park, the infamous Ã¢â‚¬Å“necklace roadÃ¢â‚¬Â along the lake, is a perfect spot for early risers to jog, walk or cycle.

HyderabadÃ¢â‚¬â„¢s diverse influences may well be traced to the rulers of the princely-state which came under the moghul dynasty. The nizamÃ¢â‚¬â„¢s of Hyderabad state who ruled for over two centuries, up until a little after Indian independence, were known for their patronage of literature, art, music & culture. A large amount of the prestigious belongings and collections of the dynasty are maintained and open for public view in the Salar-Jung museum (named after the nizam) situated in the old city. This part of the city also contains many important landmarks like the High court, Zoo, police head quarters and Ã¢â‚¬Å“CharminarÃ¢â‚¬Â which is a symbol that represents the dynamic city.Ã¢â‚¬Â

Golconda fort, the 2nd largest fort in the country is a unique landmark with massive amount of history and mystery that surrounds it. The fort is almost always bustling with tourists wishing to learn itÃ¢â‚¬â„¢s history, tour guides more than eager to impart their mostly half-baked knowledge and locals who visit the fort for some picturesque views. The Ã¢â‚¬Å“sound & light showÃ¢â‚¬Â which takes place each evening after 6pm is one of a kind, with bright lights highlighting the stone walls and the rich baritone sound of Mr.Amitabh BachhanÃ¢â‚¬â„¢s commentary alongside presents the story of Golconda in a unforgettable fashion that enthralls all! 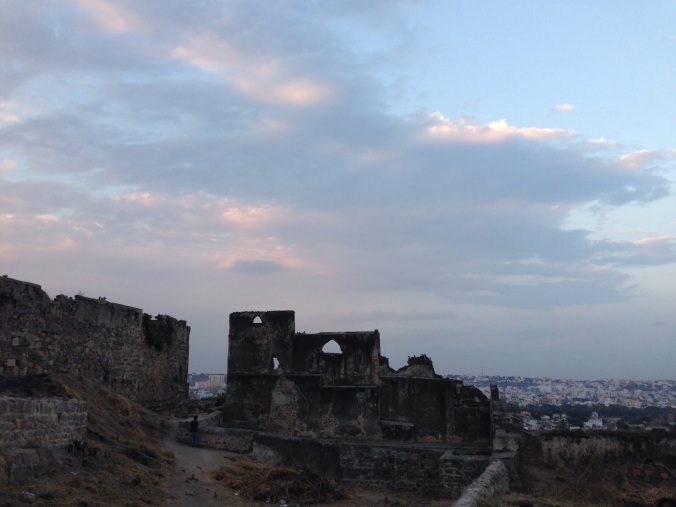 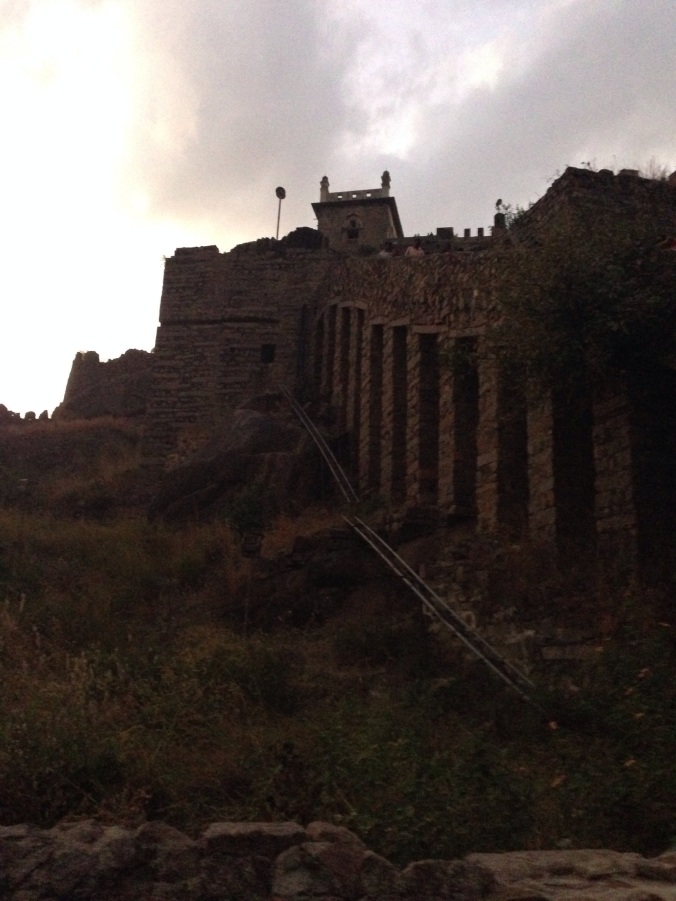 Though there is a lot more to be said about the history of the fort or the interesting stories of Hyderabad and it rulers, there is one much more important universally appealing topic that needs to be discussed. Food.

Hyderabadi cuisine is a foodie's retreat. Hyderabadi Biriyani being the best, needs no introduction and infact, we started the trip with biriyani for dinner and finished with the same. What makes this dish so special can possibly be attributed to the way in which it is prepared, the effect with steaming/cooking the curry inside the rice as than mixing them both while serving rather than mixing them beforehand. This biriyani is enjoyed with Mirchi chutneyÂ and diluted buttermilk enriched with spices. Though biriyani paints a highly satisfying and delicious picture, Hyderabadi cuisine is not restricted to it. There are kebabs, haleem and various other kinds of non-vegetarian options one can explore which I believe, will never leave you disappointed. Irani chai and osmania biscuits are specialities which are to be definitely tried. What I loved the most were two sweet dishes, 'double ka meetha' and 'Qubani ka meetha' which are authentically Hyderabadi desserts which stole my taste buds away. 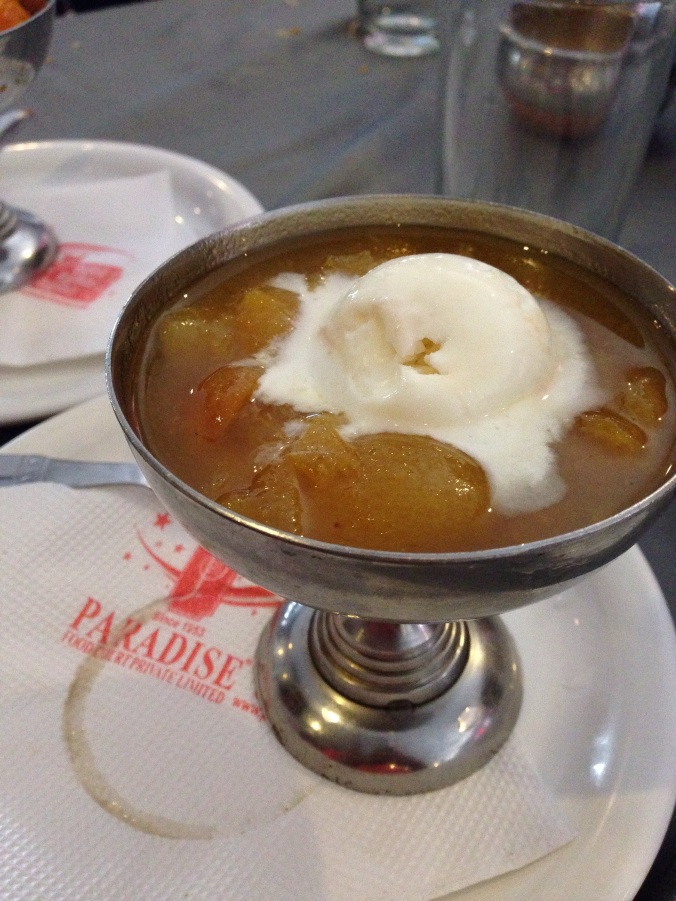 Qubani ka meetha is a special dish made from dried apricots, here served with a scoop of ice-cream.

Double ka meetha also originates here, is based on bread.

Find the original article on my blog at : https://traveltreasurer.wordpress.com

Shreya Vaidyanathan
An aspiring singer who is passionate about sit-coms, youtube videos and chocolate. Pursues an Indian Engineering degree AKA still lost in life. Loves to travel and writes about it at https://traveltreasurer.wordpress.com !

Living Life Off The Coast!

I love traveling, meeting new people and learning about different cultures and traditions. Each time I watch some travel...

Kallanai - The Dam Of Pride

My semester holidays are always peculiar with odd sem holidays being...

Venice Of The East

It was one fine October evening that a group of friends from college decided that we should go for a trip in the block...

Mumbai, or Bombay as people originally like to call it, is synonymous to lively as the city never sleeps, for being the...

Andaman - The Isle Of Incredibility

The two most relieving vacations of school life are those that follow the horrendous 10th and 12th standard public examinations....